Light spoilers ahead! Go watch Star Trek: The Next Generation episode ”The Inner Light” (Season 5 Episode 25) before reading this post!

When I saw the documentary Chasing Ice, which I described as ”a disturbingly beautiful account of the impacts of global warming”, shortly after its release, I was in awe at the beauty of the landscapes photographer James Balog documented. But more importantly, I felt deeply disturbed.

Watching the glaciers melt away at such an impressive speed is shocking even if one already knows the facts about global warming: reading about it and seeing it happen at two very different things.

This is what Balog is counting on. He hopes his documentary will leave future generations with records of the beauty of glaciers, and with a world to live in. With his work, he seeks to bring everyone a better, clearer, and undeniable proof that global warming is real and already has grave consequences.

I must say, if seeing this documentary doesn’t convince you to change your habits and plant a few trees, then chances are you have a clinical denial problem.

Then again, humans are slow learners. People tend to strongly deny global warming. It seems that we won’t react until it’s too late. That brings me to Star Trek.

As an avid science-fiction fan, I am familiar with scenarios involving apocalyptic climate changes. Many episodes from the Star Trek and Stargate franchises, for instance, revolve around a planet on the verge of catastrophe because its inhabitants caused irreparable damage to its ecosystems and atmosphere. Such scenarios can be found in several sci-fi books, short stories, movies, etc. They most likely reflect the issues of our time, including global warming.

Watching Chasing Ice, I couldn’t help but think of my favorite Star Trek: The Next Generation episode, ”The Inner Light’ (Season 5 Episode 25)’.

I won’t summarize the scenario. Go watch the episode. I don’t care if you don’t like sci-fi: watch it. It is regarded as one of the best, if not THE best Star Trek TNG episode. The music and Sir Patrick Stewart’s performance are memorable. Do yourself a favor and watch it.

All I will say is that the episode revolves around a civilisation in denial of its own imminent doom, and their incapacity to stop it. They did not cause the problems they are facing, but the government, knowing there is nothing to be done, denies everything to the public. The inhabitants face increasingly harsh environmental conditions, and realize that their children have no future.

As I sat in the movie theater, looking at the glaciers of Earth melting away forever, I thought of ”The Inner Light”. I thought of many more sci-fi scenarios of the sort. I wondered if we will be dense enough to allow them to come true. I wondered if maybe, we already have.

Morgan Gendel, who wrote ”The Inner Light” discusses the episode and its webcomic sequel on Forbes and Tor.com.

« (…) [it] is an exercise in condenscension. For it is a device used only when recording the literature of tribal people, completely unsanctionned by any accepted standards of ordinary English usage, and is therefore discriminatory, and no matter how unconsicous its use, ultimately racist ». (65) 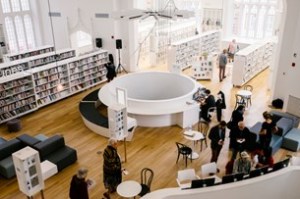 The Poetics of Internet Memes

Translating Truth: Heaven’s Vault and Its Message to Gamers

So You Want to “Do” Digital Ethnography

Navigating the Maze: Models of Cultural Revitalization in HBO’s Westworld